It was a warm day. We traveled an hour in the car to reach there. We had to look it up on the map. I’ve never heard about it before. That’s my bad. We were searching for a house. Not like a house to live in but rather a place to retreat. The village was silent. The roads were empty.

The house in Tiszainoka was built of adobe, the land was huge, and where it ended, there was the river. Exactly what we were looking for. We rang the doorbell and a mid-aged woman came to greet us. We went in. It was nice and cozy, just as we imagined a traditional village home. It had an old kitchen with a tile stove and a table with four chairs. There was an enormous bedroom with a double bed in the middle. It might have functioned as a living room also. The bathroom was narrow much broken down. ‘You can take out the back wall and extend it to the adjacent building to get it proper’ – said the woman. But the best thing of all was the neat stockroom that opened from the hall with salamis and smoked hams hanged from rails and racks. Just as we expected from a village home.  ‘There is a lot to work on the place but it will pay off. You’ll see.’ – said the woman. 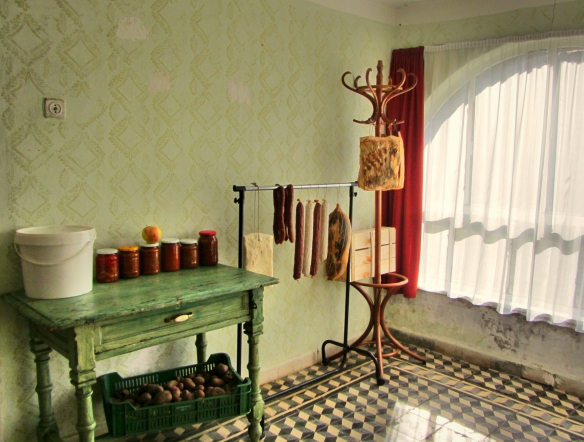 We went around the building, checked the plot with all its trees and plants. We went as far as the river flows. We just experienced something we have not felt for a long time. Calmness. ‘Go around the village and see for yourself, you won’t regret it’ – said the woman. We went up the road. The village is small, of only 400 people. There is one grocery shop, one church, one pub, a mayor’s office and the endless beauty of the River Tisza. I would like to step out from the every days, sit by the side of the river, watch the small tugboat shipping cars from one side to the other, the blooming flowers on the water’s surface, people fishing peacefully. There is no flock of tourists, no souvenir shops. It is not rural tourism. This is the place where traveler comes to slow down. 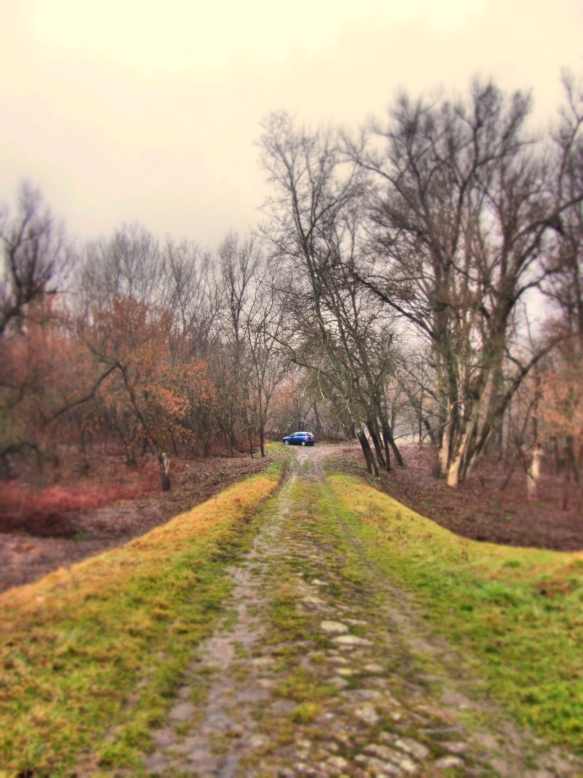 Long way down to peace

It was a rainy day. We traveled an hour in the car to reach there. We did not have to look it up on the map anymore. I’ve heard about it before. That felt good. The house had a new owner. The village was silent. The roads were empty.

4 thoughts on “The village was silent. The roads were empty.”