If you thought there is nothing beyond the sandy shores in Goa then think again. Whitewashed churches, narrow streets, traditional and new-wave restaurants, hidden bars and old-school shops are scattered over the small area. 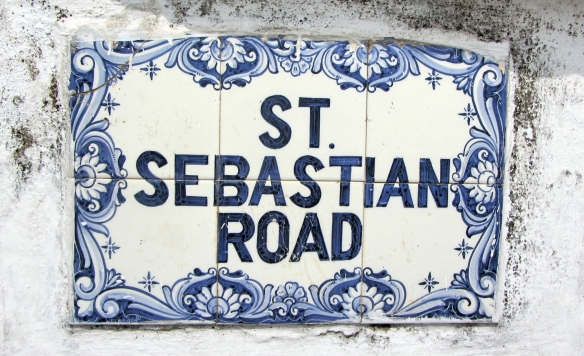 The two Portuguese influenced cities on the North are just a mere 12 km distance from each other Panjim being the state capital with a population of 114 000. Let’s dive into the urban life of the former and current Goan capitals.

By two-wheeler. If you’re coming from the North take the ferry from Betim to Panjim. It takes you to the other side of the water within 10 mins and it’s absolutely free! 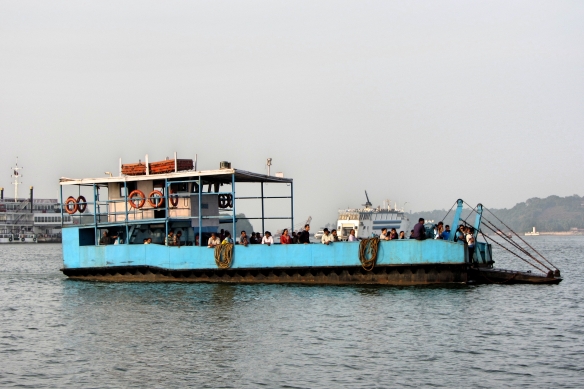 Old school as it looks but free and easy – ferry service, Goa

OLD GOA IS THE PLACE TO START

I kicked the day off in Old Goa by visiting the Basilica of Bom Jesus with a mausoleum of Goa’s patron Saint, St. Francis Xavier. Every ten years the body of the saint is on show in a glass coffin and I happened to be in the right place at the right time to catch a glimpse with a big parade around the feast. The town is all about Christianity with further religious spots such as Church of St. Francis of Assisi and the large Sé Cathedral dedicated to St. Catherine. Better go early as the place can get pretty crowded later in the afternoon or weekends.

Riding back to Panjim, at first blink the city looks like one sleepy capital but once you venture into its narrow colonial roads you will get enchanted by the minute.

Pamper your taste buds at Panjim’s widely famous restaurant Viva Panjim placed in an old Portuguese house. The founder of the restaurant Mrs. Linda de Souza makes sure you get the perfect ambiance, the tastiest food of a wide variety and all this at affordable prices. Don’t miss out on their delicious fish curry!

When it comes to modern art Gitanjali Art Gallery is the place to be. At two premises the gallery showcases temporary thematic exhibitions of local and international artists. When I visited the striking works of Pierre Legrand were on show with coded scripts correlating with human and universe through colors, transparence and light. Entrance is free of charge and comes with complimentary tour guiding on request. The house is also place to cultural workshops and events as well as the charming colonial hotel, the Panjim Inn in the heart of the Romantic Latin Quarter.

Singbal’s Book House is the largest antique bookstore around with lots of English stuff to read from history to romantic novels, guidebooks to cookbooks and a bunch of magazines. It’s a real gem in the city!

What happens when a young couple from Mumbai decides to leave it all behind and move to sunny Goa? Bringing their cooking passion and big-city experience to the small city a trendy, youngish eatery is designed with fusion cuisine, exotic meals, healthy salads and sandwiches. Delicious wines are there to pair in Casa Fontainhas so put your glasses high and cherish the day. 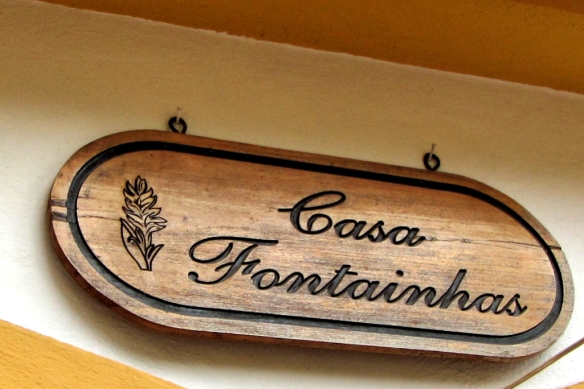